One guest today: Wendy Flint, from George Fox University…guest of Dale Welcome….Wendy is director of the IDEA Center at George Fox.  Here is a link to the IDEA Center:  https://www.georgefox.edu/offices/idea-center/index.html   “The IDEA Center staff works with George Fox students to equip them for success academically and in the job market. We collaborate with faculty, employers, community organizations and alumni to offer students opportunities for experiential learning, whether through internships, field experiences, summer employment or jobs after graduation.  Our staff guides students through a 4:3 Plan (four years, three summers), ensuring completion of graduation requirements and assisting with preparation for internships and career opportunities.”  Dale also provided this one item, special to Rotarians, about Wendy…..that she suffered from polio as a young child.

….My very first Rotary “assignment” in early 1969 was as a “temporary” [supposed to be 6 months…HAH!] Scoutmaster for the same BSA Troop I had belonged to as a youth.  A number of years after I finally [!] retired from that position…nearly 20 YEARS later, I was approached by a young man in the Forest Grove Safeway shopping center parking lot…I vaguely remembered him….he profusely thanked me, and then told me that if it had not been for me and the Scouting program he’d probably ended up either in prison or DEAD. He was married, had two kids, and a good, long-term job with an established local manufacturer. I took my Scoutmaster position very seriously…as it was the right ROTARY thing for me to do….and kept me off the School Board and/or City Council…neither of which I wanted to do!  Until I took on this Newsletter Editor position, I have always worked with Rotary’s YOUTH programs…scholarships, dictionaries, Youth Exchange, RYLA, Interact and Rotaract.

The DUCK:  Walter Want collected $132.74….as there were lots of “brags/stories” from attendees….and here are a few I noted….Ralph K. gave kudos to Habitat for Humanity…Deborah reiterated her excitement re their upcoming “Cheers for 50 Years” Auction in November…Lisa S. bragged on her   daughter at U of O….Dr. Stan was glad to have Paula R. back…Paula noted that Dr. Stan managed to get our Rotary banners up without falling off a chair!…Laura T. is so excited about the growth of her new soon-to-no-longer-be-a-puppy!…..Mike C. reminded us that October is Polio Month…and other stories…for which, sadly, I have no notes….from Gene P…..Om….Auggie….Patrick B…..and our new Library Director, Will Worthey!


Today’s program/presenter was Mike Caruso speaking on “foundations”….i.e., The Rotary Foundation [TRF] and our club’s own foundation….with the focus on TRF. [Editor’s note:  Rotary’s foundations are so CRITICAL to all we do locally, regionally and internationally, that I have chosen to include basically ALL of Mike’s presentation….a bit lengthy, but less of an “outline” than his version.]

Mike:  “When I first joined Rotary, I really didn’t understand much about the foundation. I felt that rather than give to the foundation, I’d give of my time and energy instead.  My reason for joining was to get involved with some of the numerous projects our Club was involved with and this took on a particular emphasis when we began our International Service projects in Guatemala – originally a dental project but as our Club grew and changed, the Guatemala project began to take on a life of its own. I was particularly interested in participating on the ground and didn’t spend too much time thinking about how TRF played a role in what we were doing. I began to get a much clearer idea of what the foundation is and how it can work to one’s advantage, particularly as concern’s what was at the time called the Major Matching Grants program.  Marni Haley, the grandmother, so to speak, of our Guatemala project, was the person responsible for educating me and initiating me into participating in the writing of a TRF matching grant for our work in Guatemala. That was when I first came to develop an understanding of how The Rotary Foundation exponentially matches and multiplies our own Club’s (The Newberg Rotary Foundation) donation to the work we’ve been doing in Guatemala by a factor of greater than 3 to 1!”

…Mike narrates some TRF background:  “History of The Rotary Foundation:  ARCH KLUMPH – Founder;  Arch became RI President for 1916-17; Had the vision of a “Rotary Endowment Fund”; First donation from RC of Kansas City, Mo. of $26.50, in 2017. After six years, the fund had grown to a paltry $700; Delegates at the 1928 Rotary Convention in Minneapolis changed the name to THE ROTARY FOUNDATION; In 1929, at founder Paul Harris’ request, The Rotary foundation made its first donation; it sent a check for $500 to the International Society for Crippled Children; By 1932, TRF had $50,000 in the bank; In 1937, the RI Board announced plans for a $2 million fundraising campaign. Unfortunately, WII dashed these hopes; When the war ended in 1945, Rotary rewrote its objectives for The Rotary Foundation: ‘1. The promotion of Rotary Foundation Fellowships for Advanced Study; 2. The fostering of any tangible and effective projects which have as their purpose the furthering of better understanding and friendly relations between the peoples of different nations; and 3. The providing of emergency relief for Rotarians and their families wherever war or other disaster has brought general destruction and suffering.’; By 1948, contributions had exceeded $1,775,000. By 1954, this had grown to $3.5 million;  In 1957, The Trustees of TRF announced that anyone who contributed $1,000 to TRF would become a Paul Harris Fellow. In 1968, the Trustees added a category called Sustaining Members for those who could not give the entire $1.000 at one time but pledged to give $100 annually. When they attained the $1,000, they became Paul Harris Fellows; By 1984, there were 100,000 Paul Harris Fellows, this number swelled to 250,000 in 1989, 500,000 by 1995 and reached the 1,000,000 number in 2006; Our mission ‘The mission of The Rotary Foundation of Rotary International is to enable Rotarians to advance world understanding, goodwill, and peace through the improvement of health, the support of education, and the alleviation of poverty.’….Vision Statement:  In June 2019, the Rotary International Board of Directors and Rotary Foundation Board of Trustees approved Rotary’s new vision statement: Together, we see a world where people unite and take action to create lasting change — across the globe, in our communities, and in ourselves. This statement reflects both our identity and our purpose — the organization we are now, and the organization we are working to become.”

…For “visualization” of the three [3] major aspects of TRF….Mike provided three [3] small/labeled buckets….explaining the role of each within TRF….

….TRF THREE BUCKETS…..A lot of Rotarians express confusion by the whole Rotary Foundation thing…PHF, PHSM, PHS, Benefactor, Bequest Society, Major Donor, Polio Plus, Annual Fund, World Fund, Endowment Fund and on and on. One of the most clearly presented programs I ever heard about explaining donations and funding for THE ROTARY FOUNDATION and how it works was presented recently by Past Rotary Director John Matthews and that is known today as the 3 Buckets Pitch.

Now, we all know that in any campaign, it’s not about the money; it’s about what we can accomplish with the money. Our Rotary Foundation serves as the heart of much of what Rotarians are able to do each year. By putting money into TRF, Rotarians can take money out and put it to work to help change lives. Whether that’s repairing water systems damaged by the earthquake in Nepal , like what we have been doing and continue to do in Guatemala or educating our young students with Peace Villages here in Newberg or over in Lebanon, we are making it possible for both our own members and members all over the world to do.  Pretty much everything that goes on in TRF happens in one of three buckets:   1. Polio Plus; 2. Endowment Fund; 3. Annual Fund…Let’s look at each of these…Polio Plus..  * separate fund;  * invested differently…spend it, don’t lose it
* money in here is only used for Polio;   * contributions do count towards PHF;   Endowment Fund…  * here, the gift is never spent…only the interest…* today, we have assets of more than $1,150B… Approximately $400M is cash and the balance of $750M is what we call expectancies where Rotarians have made a commitment from their estates….Last year, the cash portion earned $13M and that is used to help fund programs/projects. We will come back to that later…The great thing about this fund is that we can give gifts today and they will remain in effect forever. The comforting thing about the Endowment Fund is that this gift will be available in perpetuity to help build wells, fight disease and bring peace to our world….There are two ways to participate in the Endowment fund:

And….doing all this with the guidance of Rotary’s Four Way Test of the things we think say or do…. 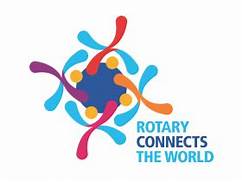 Remember to check the Club’s website for upcoming programs, volunteer opportunities and other community activities of interest to Rotarians! 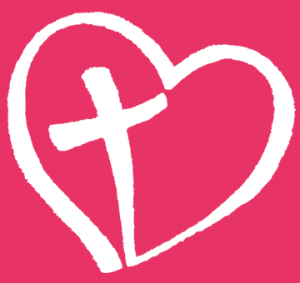 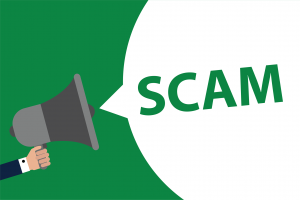 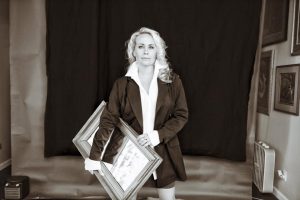