President Joe Morelock welcomed Rotarians and Friends of Rotary to the Hybrid Live/Zoom meeting at 12:00 p.m. Wednesday, December 1, 2021 at the Chehalem Cultural Center.

Auggie lead participants in the Pledge of Allegiance.

Amber lead participants in the recital of the 4 Way Test:

Cancellation of the Holiday Dinner: Unfortunately the Past Presidents’ Holiday Dinner had to be cancelled as there were not enough people signed up to reserve the space.

Volunteering Opportunities! Next year (beginning July 2022) there are a few board positions that are going to have vacancies through turnover. We will be looking to get an incoming Vice President, Secretary, and Community Relations Chair. Please reach out to Brandy if you have interest in any of these positions.

City Survey: Shannon Buckmaster, the Economic Health Manager for the City of Newberg, announced that the City is seeking input from local business owners to take part in an online survey, which will help the City understand the financial needs of Newberg Businesses with regard to recovering from the pandemic. The survey is available in English and Spanish at the following link: https://www.newbergoregon.gov/economicdevelopment/page/2021-business-needs-survey-city-newberg. This will help the City determine best uses of the Federal ARPA funds recently made available.

Social Media Challenge: Keep an eye out for the Newberg Advantage Magazine and on our social media for “The Rotary Mural Challenge”. This will be a fun opportunity to learn more about our murals and to go visit them in person for a chance to win gift cards to local businesses.

Judy: Announced that it turned out that the Interact Club and Newberg Noon Rotary Team who set out on the mission to fund education for Kenyan students had raised enough money for maybe 8 additional students! She even gave kudos to Shannon’s daughter Anna who was the President of the Interact Club last year.

Paula: Shared that her late Mother would be celebrating her 103rd Birthday today. Her estate just settled and allowed Paula and her Sister the privledge of carryoing on her legacy by donating her money to 3 wonderful charities.

Shannon B: Honored to hear about her daughter’s commitment and efforts with the Kenya Project.

Brandy: Announced that the Early Bird Club’s Annual Christmas Auction is set for the early morning on December 2.

Rick: Shared with the club that he had been taken to the ER and spent 3 hrs there. He is fine and the Medical Staff was amazing.

Mike: Shared that Larry Strober is in the hospital getting a 6 hour surgery to remove melanoma. Please keep him in your thoughts and prayers. 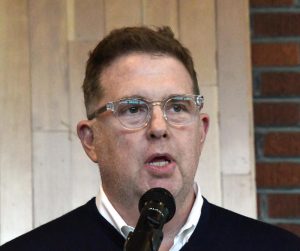 Our presenter was Steve Scott, the Chief Strategy Officer and Interim Executive Director of the Evergreen Aviation and Space Museum in Mcminville, OR. The museum was built in the year 2000 and was a vision of Dell Smith. He had the Spruce Goose transported from Long Beach CA to McMinnville OR with the intent of creating a world class avaiation and space museum for Yamhill County. Since his passing, the organization has had a lot of trouble with 4 difference landlords who went through 4 different bankruptcies. Scott and Terry were both brought in last April, just at the same time that Bill Stoller bought out the landlords. Much of the issues the organization has dealt with were a result of not having enough of a vision or strategy, so they are now working on instituting a new vision for future operations.

One of the things they have done in their new vision was listen to the needs and opinions of the community, as this is a very big part of the community. They learned a lot in the process and are using these lessons to redesign the nature of the museum. They worked with the old landlords to successfully get the property to be owned under only one landlord, which allowed them to renegotiate the lease and get themselves into a better operational situation. They have also reorganized the structure of the operations. McMinnville Properties, the for-profit side of the operations, is now in control of facilities, HR, etc, allowing the museum to focus on their own operations as a non-profit. They also changed the focus on revenue to more diversify their revenues beyond just admissions and have gotten away from a static exhibit to a changing, more hands on series of exhibits, and camps, much like OMSI with a newfound strategic goal of Education. They also have changed out their whole board in order to strategically design a board with a diversified skill set. They are also now searching for a full time Executive Director, as Steve is only in the role on a temporary basis. They have raised their revenue and lowered their costs in these efforts. They have also worked on developing strategic partnerships with other non-profits and different school districts. They have even applied for some grants from NASA to help fund new even more EPIC displays and exhibits.

Whether you have been to the Museum or not, it may be time to go see these changes in person as it is a whole new setup with all new displays over at the Evergreen Aviation & Space Museum.

To learn more or to contribute to their organization, you can visit their website (which includes an opportunity to reach out and/or visit their social media pages): https://www.evergreenmuseum.org/

“One person can make a difference,
and everyone should try.” 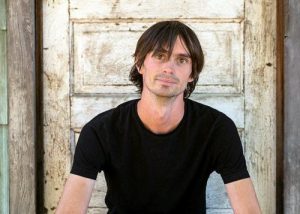