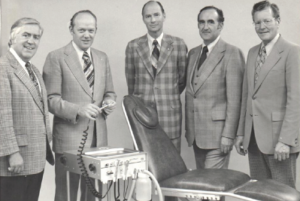 Ken Austin Jr. holds a piece of the Rota-Dent system.

The Rota-Dent project was started in the 1966-1967 Rotary year by Rotarian Ken Austin Jr., founder of Adec, one of the largest dental equipment manufacturers in the world. While he was visiting a dental dealer in Portland, someone recognized Ken’s Rotary pin. This person had some old dental equipment that he wanted to donate and thought a service club like Rotary would be able to make good use of it. Ken thought it would be a good idea to repair the old equipment and send it to a country like South Africa where it could be used. However, while discussing this idea with other Rotarians he quickly realized that once in a foreign country, dentists would not be able to get parts for ongoing repair of the old equipment. Fortunately, Ken had products he could not sell such as samples and returns. Since these pieces were newer they could be donated and used for years to come. Once the company ran out of these items a new portable unit was designed by Ken. Known as the Rota-Dent, these units were air-operated, had a self contained water supply, and could receive waste. 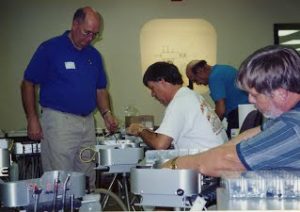 They were sent throughout the world and helped make the Newberg Rotary Club unique. The program has been featured in The Rotarian and clubs and communities all over the world still use the dental units. The program has expanded to also include a portable chair, known as the Tota-Chair, that was also designed by Ken.

The mission statement of this program explains that the goal is to provide dental equipment to other Rotary and service organizations throughout the world so that people who would not receive dental care are able to receive this important health care. The fulfillment of this statement can clearly be seen in countries like Guatemala where Newberg Rotary’s continued efforts have helped improve the dental health of the people there. 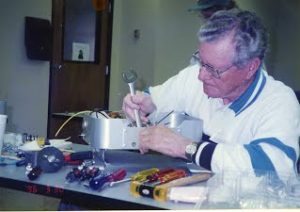 Not only is this program a wonderful benefit to communities throughout the world, but it has also been helpful for building a sense of community within the Newberg Clubs. When the program really started picking up, A-dec would host assembly parties for the club. Rotarians and their families would be able to help construct dental units which were then sold. For every ten units that were sold, the club was able to donate one at no cost. These assembly parties were eventually discontinued but proved to be a great opportunity for fellowship while they lasted.
[ezcol_1half] 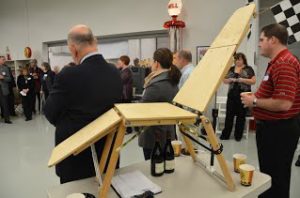 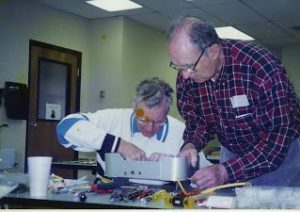