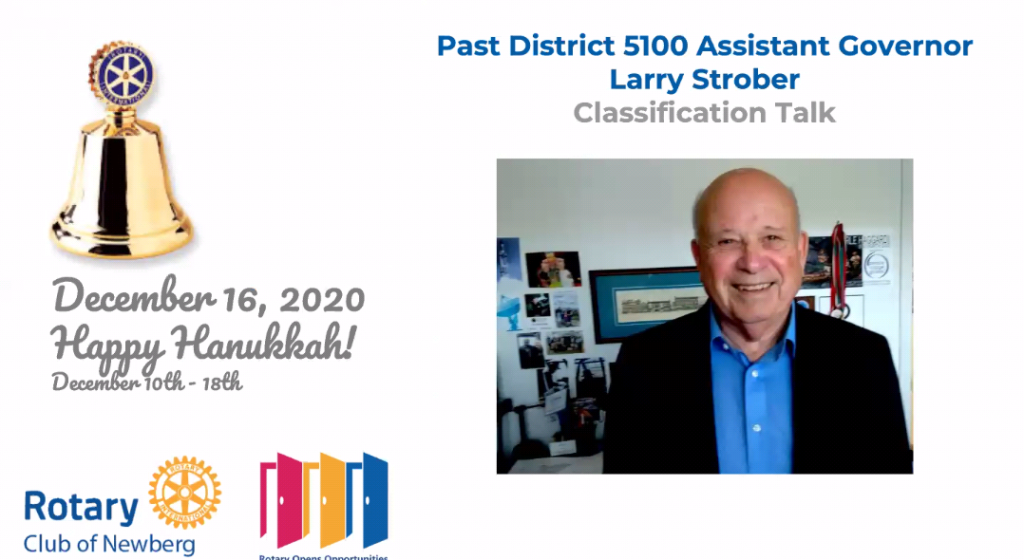 President Elect Joe Morelock welcomed Rotarians and Friends of Rotary to the Zoom meeting at 12:00 p.m. Wednesday, December 16, 2020. The Rotarians split out into breakout groups to start the meeting.

Doug lead participants in the Pledge of Allegiance.

Shannon K lead participants in the recital of the 4 Way Test:

Today we had the honor of recognizing two Paul Harris Fellows. This is in recognition of members who contributed at least $1,000 to the Rotary Foundation in the fiscal year. Today we celebrate Jim McMaster and Grant Austin, both of whom were awarded their Paul Harris Fellow +6 (which means they have contributed over $7,000!)

Jim reminded everyone that as a donor you can earmark the money to be used for certain categories that you are passionate about. Jim and his wife donate for education. He also pointed out that this organization does amazing work with very low overhead costs.

Geoff reminded everyone to use Amazon Smile when purchasing from Amazon as it costs nothing and you can select any registered charity, one of which is Rotary International. (Editor note: if you want more information on this, feel free to reach out to Dan Keuler for more info or instructions)

~ The Rotary Duck (Polio Plus)~

Mike: Mike pointed out that a former member Suzanne Miller recently received a PHF recognition as well. Due to her husband’s illness, they had to move to Arizona to be closer to family. He reached out to let her know that our club received her pin and that we would send it to her. She said to tell the club hello, that she misses us all. He also thanked everyone for their record setting donations this year.

Geoff: Noted that he donates to The Rotary Foundation and designate the money to go towards Polio. Also he spoke about his friend (a Rotarian from Vancouver) who donated Mead to the Auction. Jeff said that this friend runs Ethereal Mead, and if anyone wants to find a unique gift this year, he can point them into the direction of that seller of Mead. (Mead is wine made from Honey)

Spike: Spike, an avid Duck Fan, is also Rooting for them and is excited for the Women’s Basketball team at the University of Oregon.

Tony: Thanked the community for support for nearly 20 years in business in Newberg.

Brandy: Gave appreciation for having received beautiful and unexpected flowers from an unexpected source: Bethany Caruso. She appreciates the community and her fellow Rotarians.

Joe: Put in for the Ducks since his younger brother went to USC. Sibling Rivalry at its best! His father went to UCLA.

Auggie: Auggie continued his presentation of each of the 9 Rotary Quilt Squares, which he used as his virtual background. 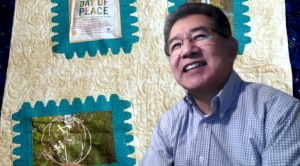 Total Collected today for Polio Plus: $155

Introduction: Larry Strober is a past District 5100 Assistant District Governor, the Principal consultant of Willamette Valley Consultants, and the 2016-17 Club President of the McMinnville Sunrise Rotary Club. He lives in Lafayette and is on the Peace Committee and bard member of Peace Village Global.

Larry shared that he, by nature, is a family man and a peacebuilder. He has a wife (with whom he recently celebrated his 50th wedding anniversary) and 2 sons (one California and on Oregon), and 5 grandchildren. He is also an advocate for small businesses on a professional level. His lineage and his grandparents are from Ukraine. They immigrated to the US to Brooklyn New York, where Larry’s Parents grew up and he spend much of his childhood. Larry was also a big baseball fan and was hugely disappointed when the Dodgers moved to LA, only a couple of years after Celebrating their World Series Victory back in 1955. Larry also left Brooklyn when his parents moved to Long Island during his high school years. He graduated and went to Bucknell University and joined a fraternity and was in a Doo-Wop group! 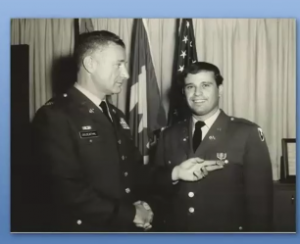 Late into his College years he joined the Army ROTC and was assigned to the Signal Corp to Fort Monmouth, New Jersey where they distributed defense terminals (satellites) worldwide. His having received that experience, and a medal to boot, provided him the resume he needed to go out and get a great job and even to meet his wife in Tustin, California. His early professional life was in computing technology, working for Hazeltine, MicroPro, Supercalc, Circuitwriter, Intesoft, and Quvis (working on digital projects like Toy Story and Pirates of the Caribbean).

He started a family and moved to McMinnville for its great location and accessibility to Portland Music. His consulting business out of McMinnville was selected to work with America’s SBDC of Oregon to provide consulting work to Yamhill County Small Businesses. He was then recruited to join Rotary while attending a Greeters event by the now President of the McMinnville City Council. He loved Rotary and joined immediately. His Rotary Creedo is “Making a Difference.” An avid fan of the game Bocce Ball, he began organizing Boccee Ball Tournaments, raising thousands of dollars for charity over 6 years. Mike Caruso even played in his tournaments for many years. He also made the McMinnville Sunrise Club a Peacebuilder club. He also got involved with the Elijah Interfaith Institute, which is an organization that brings all major religions and religious leaders together for interfaith collaboration and peacemaking. As a Jewish man, he prides himself on his interfaith relationships with members of all religious communities. Another Rotary based project he has been involved in is the Special Olympics helping with Bocce Ball. Larry worked with Newberg’s Peace Village and also helped create Peace Village in McMinnville, working with his Club and their Interact Clubs. They have planted 8 or 9 Peace Poles in the McMinnville Area, with more on the way. He is anxious to work hard in the Newberg Club, spearheading and participating in all Peacebuilding activities and other important work. 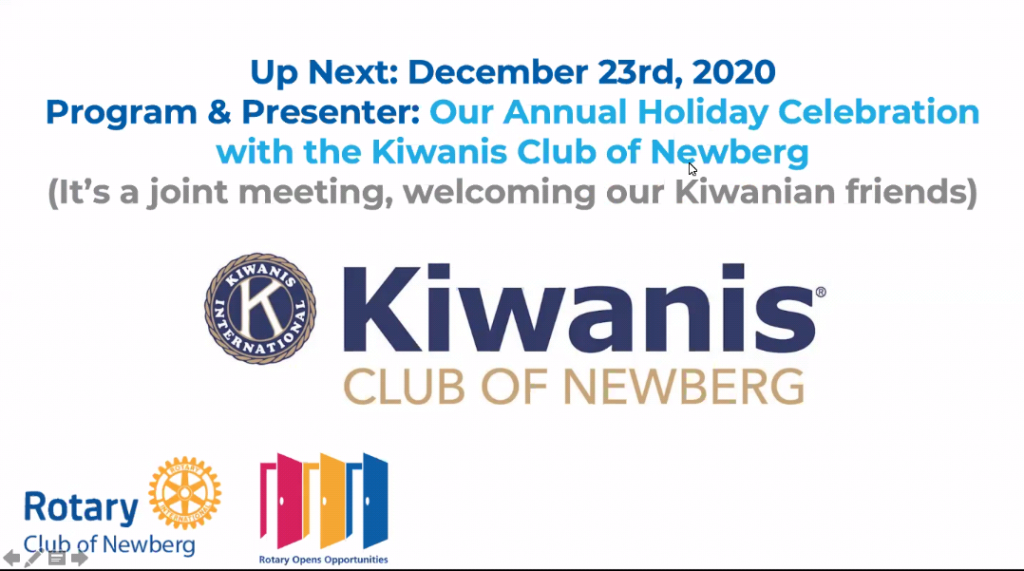 Q: How do the North Pole Accountants value Santa’s Sleigh?

“My idea of Christmas, whether old-fashioned or modern, is very simple: loving others. Come to think of it, why do we have to wait for Christmas to do that?”