What a treat!  To see all those first graders, quietly, patiently, respectfully waiting with violins in their hands!

President-Elect Corey Z. opened our meeting, having Walter Want then lead us in the Pledge.

Today’s meeting was mostly about YOUTH….with a visit from the Earlybird Rotary Youth Exchange Chair, Dave Benson…and three exchange students…two in-bound …Maria from Mexico…Mateo from Italy…and the OUTBOUND student, Sophie, is going where? [Oops…I missed it!]  Each putting in a pitch to support their fundraising efforts at Subterra Restaurant with proceeds going toward Shelter Box.

The “friendly competition” between Judy R. and Dr. Stan as to who is the better dishwasher is a local, FUN, “Rotary Moment”: But their volunteering to help with the Senior Meals is classic Rotary “Service Above Self”….but….now….as to who is the better dishwasher…who is to decide?…what are the criteria for judging?…any “prize” involved….other than “bragging rights”?….stay tuned…as this “saga” continues….


Laura made an announcement regarding PEACE FELLOWS:

Erin Thomas is a Rotary Peace Fellow from Class One who is currently the Director of Strategic Partnerships for the Every Woman Treaty, which is working to advance a treaty to prevent violence against women and girls. The treaty campaign is partnering with the Global Health Advocacy Incubator who oversaw the tobacco treaty campaign to develop our on the ground global campaign. We have identified 20 lead nations to ratify the treaty, and we will begin preparing these nations by doing in-depth training in each of them. We are seeking a Rotary Global Grant for $35,000 to fund the first in-country training, using the successful format used on the ground to advance the tobacco treaty. Erin will share at our club in a future program about the envisioned training, timeline, expected outcomes, list of lead nations, and the potential nations that could be the first in-country training. [Erin Thomas Bio]

Patrick B. gave us a brief update on Emergency Response efforts in Nepal…especially after the very latest earthquakes….adding how important our  Global Grant involvement is to the success of these Nepalese EMT efforts.

….AND THEN…the PROGRAM…with about two dozen First Graders with violins in their hands!  Suzanne Sokol-Blosser provided us with multiple factors in the rationale for starting them young in music programs….

and introduced Julia P. [?], who is responsible for teaching these youngsters how to play the violin.  She does a fantastic job with them!  The “proof of the pudding”….was in a successfully rendered version of “Twinkle,Twinkle, Little Star”….an encore was warranted, but not offered…as that singular piece was the kids’ full repertoire at this stage!  Several proud moms…and Suzanne…were busily snapping photos with the cameras on their phones!

Such beautiful, quiet, attentive kids!  And our favorite photographer, Auggie, provided us with this pictorial coverage of the activity:

Pres. – Elect Corey asked some of the kids what they get out of being in this program…with resultant all good answers!:

A great bit of entertainment as well as a reminder that May is Youth Service Month in Rotary….and it may not seem like it at the moment, but some of these kids are FUTURE ROTARIANS!  Study their faces…their attentiveness…they were taking in everything we were doing!  [Editor’s note: It DOES happen!  I was introduced to Rotary at about that age…as my late father, Dr. Charles Kaufman, joined the Forest Grove Rotary Club in 1945…I was 6 years old!  And I attended MANY Rotary meetings/functions before I was even a teenager!]

Reminder that the May 1 meeting will be at Friendsview!  Program: Inbound Rotary Exchange Student Presentations: Presenters: Rosa & Matteo.

Another reminder:  Read your Rotarian Magazine…it is FULL of inspirational stories about Rotary around the world…and Rotary’s FIVE Avenues of Service.

As Corey closed the meeting, we are also advised to….

….and live by Rotary’s Four Way Test of the things we think, say or do:

#4 – Will it be BENEFICIAL to all concerned?

And a little “snicker” of humor, pirated from the Internet………”……I tired to grab the fog…..I mist…” 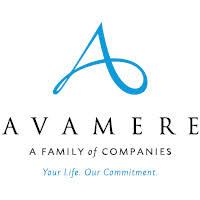