Jack Czarnecki became president in 2001 after a mishap had left the club in search of a president. Due to previous commitments, two people on track to be president before Jack had to decline the position. Even though there were other options, Jack stepped up and took on the job.

In spite of the shaky start, Jack’s presidency ended up being quite successful. One of the biggest successes was moving the annual auction from the armory to the Allison. The auction had brought in 20-30 thousand dollars in previous years but when the location was moved to the Allison, the Club raised about 125,000 dollars.

Jack was also involved with the dental and medical trips to Guatemala. He really stressed the importance of service and compassion. Trips like the many made to Guatemala and other projects give people the tools to serve and be compassionate. 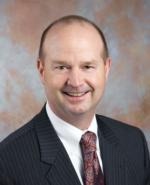 Grant Gerke has worked at A-dec and been involved with the Rota-Dent program. His father was a Rotarian before him and Grant actually became a member of the Early Birds before joining the Noon Club to help with the Rota-Dent project. While he was president, one of the biggest events was the club’s 75th anniversary. This was special for Grant because while his father was president, the club celebrated its 50th anniversary. Both Grant and his father were happy to be president in such special years for the club.
In 2011 the Newberg Club became a member of the International Peace Committee. This committee allows Rotarians to take “an active role in addressing root causes of conflict and ways to address and eliminate them.” The hope of this program was that a non-governmental organization could bring countries together and ultimately move towards world peace.
Other highlights of Grant’s year as president include a successful pancake breakfast and auction. Grant was also quite proud of the success and philanthropic capabilities of the Newberg Rotary Foundation.

During Sheryl’s year as president, the club focused on fiscal management and working on an overall vision of the club. A professional fiscal management firm was hired to help with the responsibility of the club’s money. In order to have a clear and concise mission, Newberg Rotarians held a visioning session and in December of 2012, the board wrote a new mission statement. It was decided that the mission of the club would be “Service above self: dedicated to the youth in our community and worldwide.” The club also tried to focus on gaining new members and getting them involved in the club as soon as possible. Part of this was done by making sure new members were involved in existing committees. Another major accomplishment of the club this year was becoming a 100% Paul Harris Club.

Since Sheryl has been a member of Newberg Rotary she has seen the club become less focused on the rules and more passionate about community involvement. Between the ongoing projects such as the pancake breakfast and the Guatemala project, and smaller projects such as work days at local parks, there seems to be a way for everyone to give their time helping others. 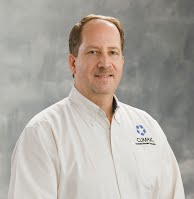 Geoff Gilmore was another Rotarian who came to be president of the club in a non-traditional way. He became a member of the club after he was asked to come to a lunch meeting with some friends. They strongly encouraged him to join and within two months of becoming a member, he was asked to be a future president. The oddities continued as he traveled to Lisbon, Portugal for the Rotary International Convention. He encountered plane troubles on the way and after arriving discovered that the Rotarians had been asked to end their convention early due to security issues.

Thankfully his presidency went much more smoothly than his trip to the international convention. Some of his goals for the year included making operational improvements such as setting up a budgeting process and simplifying fundraising; improving membership, reviewing the club’s ethical standards and carrying out joint projects with the morning club.

One unfortunate event of Geoff’s presidency was the loss of Joan Austin, wife of past president Ken Austin and co-owner of A-dec. To honor her, the club had an heirloom rose developed and named in her honor.

As an energetic member of the club, Jeff Lane brought some positive changes to Newberg Rotary. He was invited to Rotary while attending an awards banquet and became a member shortly afterward.

Attendance greatly improved while he was president. For 11 months out of the year, the club beat the previous year’s attendance records. This increase may have been caused by the shortened time of the lunch meetings. Instead of running for an hour and fifteen minutes to an hour and a half, Wednesday lunches were shortened to just an hour. People could come early or stay late but this made it easier for people who did not have that option to attend. Jeff also changed how attendance was monitored. A participation tracking spreadsheet was developed so people could track their hours involved with the club outside of lunch meetings. This spreadsheet also served as a nice reminder of what activities were available for members to participate in.

Another improvement came to the budget. The club had been keeping track of income and expenditures but not in a way that made them easy to compare. The reorganized budget lined these two figures up so it was easier to see what was being spent compared to what was being earned.

To be more inviting to visitors, the club eliminated the fee for guest lunches. The fees for member lunches brought in enough money to cover those of guests too. Overall this helped the club feel more welcoming toward guests and encouraged Rotarians to bring them along.

At the international level, Laura Tilrico was quite influential. In addition to the Guatemala project, another program was set up in Kathmandu, Nepal. Fundraising efforts throughout the year brought in 40,000 dollars for this project.

Jim McMaster’s presidency also marked the Club’s 80th anniversary. A celebration was held to honor the past presidents and some of the members who served the club for 50 years or more.

Other accomplishments of the year included a fireside meeting and the 42,000 dollars which were given out as scholarships to high school students.

Jim also traveled to Guatemala with his family this year to help with the dental project. Other projects included the cleanup of Newberg parks in preparation for Memorial Day gatherings. Projects and meetings outside the normal Wednesday lunches helped the club grow closer together and encouraged new members to join.