Stan Bunn worked as an attorney and a State Senator from Yamhill county and also served as Newberg Rotary President from 1980 to 1981. During his year as president the club faced a budget deficit of more than 3,000 dollars. To help close this gap the club decided to hold a wine festival and a flea market.
The club hosted exchange students from various countries and a group of businessmen from Argentina. Rotary District 510, which included Newberg, was paired with District 511 for a joint effort in collecting used farm equipment. The equipment was repaired by the Future Farmers of America and donated to Rotary District 417 in Mexico.
On May 6, 1981 the club achieved 100 percent attendance for the first time since January 28, 1970. There had been many days set aside as 100 percent days before but this was the one that got everybody to a meeting.

Among the many firsts of 1982 were scholarship grants from the Newberg Rotary Fund and the annual auction. The club made a donation of 500 dollars to George Fox College to help fund the auditorium. The club moved again in 1982, holding its first meeting at the hospital on July 7.

This year’s Rotary International President’s Theme was, “Mankind is one – build bridges of friendship throughout the world.” For the first time Newberg Rotary acknowledged a couple of the year. This distinction was awarded to Stewart and Jean Harris. Another first was the Service on Parade event. Held at George Fox College, the luncheon recognized the service organizations that made Newberg and Dundee a better place to live. Nineteen service organizations received certificates of Merit and Recognition. In addition to these new events, the president revived the Fireside Program for new members and three of them were held throughout the year. To combat low attendance, a large wheel was spun to establish fines. The wheel helped attendance increase from 60 percent at the beginning of the year to 81 percent at the end.

Jere Jackson worked for the Chehalem Park and Recreation District. 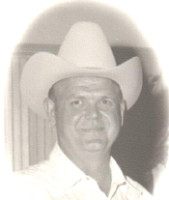 This year marked the 50th anniversary the the Newberg club’s charter. This event was celebrated at the Valentines Day party. This was also the first year for the annual family picnic which was held at Jacquith Park.

Not only were there fun events this year but there were also ongoing service projects. The club helped with library renovations which they were committed to for six years. The pancake feed and the auction were also held this year. In addition to these projects the club reinstated an old tradition of recognizing the high school student of the month.

By this time weekly meetings were being held at George Fox in the Cap and Gown Room. 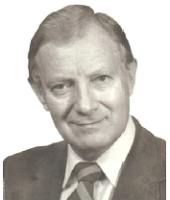 The Canadian born Leonard Attrell moved to Newberg in 1937 with his parents where he served the community for many years. He had a lifelong love for music and worked in multiple occupations throughout the years. He earned many awards in Newberg including the Junior Citizen of the Year Award in 1956, the George Fox College Community Leadership Award in 1975, the City of Newberg Award in 1984, the Newberg Rotary Couple of the Year Award in 1988 as well as a Rotary International District 5100 Governor’s Citation, and the Gold Service Award from the International Order of the Golden Rule for excellence in Funeral Service in 1990. Clearly his service to Newberg was greatly appreciated.
There were many great speakers this year including the mayor of Tigard, Tom Brian; Senator Tony Meeker, Governor Vic Atiyeh, as well as District Governor Richard Harris. In March of 1987, Newberg Rotary announced that it would follow district and national plans to promote women in Rotary. Many Newberg Rotarians became Paul Harris Fellows or Sustaining Paul Harris Fellows in this year. The Newberg club also became more involved with Rotary International’s Polio Plus Program in order to help eradicate polio. Nearly $24,000 were given to the cause by club members. Another accomplishment of the club was an increase in membership. The year started with 47 members and ended with 52. 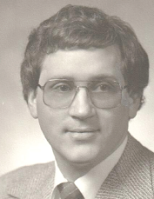 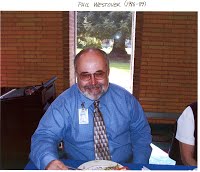 This year’s auction and pancake feed helped the Newberg Rotary Foundation grow from about $8,000 to $15,000. The Rota-Dent program continued this year and even expanded as units were sent to Kenya, Nigeria, Nepal, Jamaica, New Guinea, and Madagascar. Another medical program included a partnership with the McMinnville club and Newberg Community Hospital Foundation to sponsor the Lifeline program. This program provided people who lived alone a device to wear that could be used to call for help in the case of an emergency
During Westover’s presidency, the club started the 4-Way Test Essay Contest. This would become an annual event. In addition to exchange student Eric Sucksdorf of Finland, the club hosted a group of people from the Soviet Union. This group spoke to the club about peaceful coexistence.

Rotarians celebrated the Newberg Centennial with a beard growing contest. This year also brought the mysterious introduction of the duck which replaced the pumpkin as the fine collection container. Even though the club did not realize it at first, it was eventually discovered that Spike Sumner and Mark Meinert made the switch.

The International Convention took place in Portland for the first time in 79 years and the Newberg club helped make it a success. Another advancement for the club took place in November when the local TCI cable TV network began releasing the Rotary News Network complete with an introduction from the President and Vice President of the club. Many women became members of Newberg Rotary this year and were said to have made notable contributions.