Newberg Rotary was organized on December 20, 1935 and received its charter on January 14, 1936. It began with 22 charter members and was the 3,910th club in 79 different countries. The Rotary Club of Portland sponsored the charter presentation which was presided over by District Governor Stanley Long of Seattle. The Newberg Rotary Club was the first service club in Newberg. Rotary gave the people of Newberg the opportunity for fellowship and service, both within Newberg and internationally.

While the members of the club have changed since the 1930s, the function and purpose of the club has remained. Weekly club meetings in the 1930s were conducted in quite nearly the same way as they are in 2016. Various speakers presented at meetings including Bill Stephenson, Vice President of the First National Bank of Portland who spoke about “The Changing Scene in Banking.” The club was rooted in service at the start as is shown by its work with The Rotary Club of Mercer, Pennsylvania which put together a list of forty four vocational books that was presented to the high school in Newberg. The Newberg Rotary Club also assisted the high school by helping with the Student Body Dance. The club offered other acts of service including a Student Athletes Health Project, which provided physical examinations for all student athletes, the sponsorship of both a Sea Scout ship and a Boy Scout troop. Rotarians started to build a relationship with Pacific College, now George Fox University, as it helped fund the building of a new dormitory. Community outreach continued through the Christmas season as the club sponsored both the financial and physical aspects of various Christmas light displays throughout the community.

Fellowship was also an important objective of the new cub. To help cultivate genuine friendships the club held many social events. Some picnics and other social gatherings were held jointly with the McMinnville club. Bi-monthly dances also became a tradition with the first one taking place in October, 1937. In that same year the club raised funds to assemble a picture album which contained pictures of all the members and listed their occupations.

On the international level, Newberg Rotarians discussed topics such as the Japanese invasion of China. They heard from Dr. Elam J. Anderson of Linfield College as he spoke about the conflict. They also began the long held tradition of visiting a club in Canada. Newberg Rotarians traveled to Vancouver in May of 1936.

Rickert was an oil distributor and served a second term as president.

Scott Leavitt was a congressman and a teacher who had a significant impact in Newberg. He served as the Rotary District Governor and eventually had a park named after him which is located on 10th and Columbia in Newberg. He was known as “Mr. Rotary” and a “Scott Leavitt Day” was celebrated in his honor.

During Scott’s time as president, the club helped Pacific College, now George Fox University, raise money to purchase the house of John Minthorn where Herbert Hoover spent part of his childhood. Vinnie Vincent sat on the Hoover House Committee along with employees of the college and members of other service clubs to help raise the funds for this project (Crescent, April, 10 1944).

Jeweler. On March 8, 1950 the Newberg Rotary Club sponsored a banquet at George Fox College. The world famous explorer, Amos Berg, was the speaker for the evening. This event was surely fascinating as Amos shared some of his experiences from various explorations. At the time, he was the only Rotarian in the world to hold the classification of explorer (Crescent, March 3, 1950). 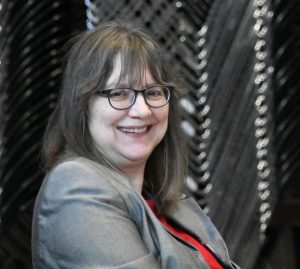