John Patten was a State Farm Insurance Agent and president of the Newberg Rotary Club for the 1960-1961 year which marked the 25th anniversary of the club.

During this year the weekly meeting place of the club changed. Since its charter, the club had met in the Chamber of Commerce rooms. However on Wednesday, May 31, 1961 the club held its first meeting in Bowman’s Restaurant. The meeting would be held here for many years to come. Other club activities included sending the sponsored Boy Scout troop on a trip to Alaska and participation in a district wide attendance contest. 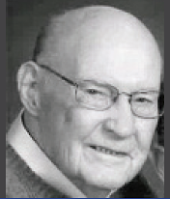 Ken Johnson worked at First Interstate Bank. Ken’s presidency was cut short by his appointment to a new position at the main branch of his bank in Portland. He served as president from July of 1962 to January 1963. His vice president, Russ Gainer, assumed the job of president after Ken’s resignation. 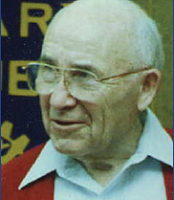 Russ worked as a grocer and started the Past Presidents History Book for the Newberg Rotary Club. This book was supposed to be updated by each president and filled with club highlights from their term in office. This tradition lasted for many years but eventually discontinued in the 1980s. During his time as president, the club visited Victoria, Canada to meet with the Rotarians there. Newberg members received tours of Victoria and visited the Victoria member’s homes.

The international president at this time was Carl Miller. He began a program which paired clubs from Scotland with clubs in the United States in order to further world understanding. The Newberg club was matched with a club in Crieff. Newberg Rotarians sent a scrapbook about club activities along with slides of the Northwest and a box of walnuts to the Crieff Club. The Newberg Club seemed to develop a real interest in Scottish culture and traditions. A genuine friendship developed between the Scottish and American clubs as they kept in contact.

Lonny Fendall helped improve international relations in other parts of the world. Lonny was chosen to be a Rotary Foundation Fellow and studied in Ghana. He was a senior at George Fox College when he was chosen.

Locally, Newberg Rotary was involved with the formation of the Tigard Rotary Club. Newberg donated songbooks to the new club on its charter night. 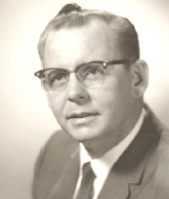 Herb Hawkins was the Chief of Police and served as the Newberg Rotary President in the year that marked Rotary International’s 60th birthday. To celebrate, Newberg Rotary presented a special float in the Berrian Festival, which is now known as the Newberg Old Fashioned Festival. Under Hawkins, Newberg Rotary achieved the challenge presented to all clubs to fill three new classifications. Some members of the club also visited the Rotarians in Vancouver, B.C. 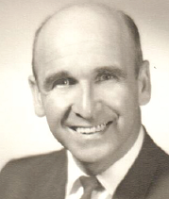 In addition to working with insurance and investments, Ron Gleason hosted some special visitors during his time as Newberg Rotary President. Some of the club’s goals for this year included getting more vocational involvement in various programs and stressing international relations. To help reach these goals Newberg Rotary had many events both locally and internationally. One event was a trip to Mission City Canada where the Newberg Rotarians inducted a new member to the Canadian Club.
Newberg hosted many visitors, beginning with Mafia Salteau, an exchange student from Tonga Island. Mafia requested some school books for the island which Newberg Rotary donated. The club also hosted a visit from Peter Hole, a Rotary Fellow from England. Hole was attending the University of Oregon at the time and came to Newberg to give a talk about his hometown of Chesterfield England, the clubs in the area, and the political standing at the time. One of the most outstanding visits was from Oregon Governor Mark Hatfield. He spoke to the club on May 11, 1966, this event was considered one of the highlights of the year. There was record attendance at this meeting as community members joined the Rotarians. Another outstanding event was the celebration of “Scott Leavitt Day.” The event honored Scott Leavitt as a distinguished Rotarian and community member. The event was a success with attendance from eleven past district governors.

Joe Schneider was the co-owner of the Newberg Garbage Service. This was a year filled with fun and serious challenges. The President started the Rotary Pumpkin contest by challenging other Rotarians to see who could grow the largest pumpkin. A more serious challenge undertaken by the club was the Rota-Dent Project. Newberg Rotary began sending portable dental units to other countries with the first unit being sent to Africa. The annual pancake feed also saw its beginnings during Schneider’s presidency. This was a great event for community involvement. Joe would donate the eggs that were used and the Rotary sponsored Boy Scout Troop would crack them. Even though the Scouts did a fine job, the eggs would have to be checked to make sure there weren’t any shells left. The pancake feed became an annual tradition at the Newberg Old Fashioned Festival with the proceeds going to youth programs.
Even with all that was happening in Newberg, the Rotarians found time for a trip British Columbia. About 15 members visited the city of Hope. Some members brought their wives and all who went enjoyed the trip.

Among all the positive events and challenges of this year the Newberg Rotary Club suffered a sorrowful loss. Scott Leavett, known as Mr. Rotary, passed away on October 20, 1966. He was greatly missed by the club. 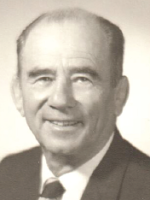 Under the leadership of Russel Lehman the Newberg club hosted a visit from the Rotary Club of Hope, British Columbia as they returned a visit from the Newberg Rotarians. The pumpkin contest continued with Russ Gainer as the winner; he brought in a 102 pound pumpkin. One of the biggest accomplishments of this year was the building of the rest rooms at Memorial Park. This project was started by Scott Leavitt and completed by Earl Sandager. Scott Leavitt park was also dedicated with a plaque that stands in his honor. 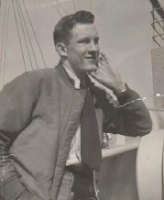 Before becoming a member of Newberg Rotary, Stan Watt grew up in Tillamook, Oregon. He attended the University of Oregon and served in the Navy during World War II and in the Korean War. He owned Watt Welding Supply and seemed to enjoy his time as the president of Newberg Rotary. The pumpkin contest was held with winners in the categories of best color, weight, height, biggest around, and best carved. The club also held a Valentine party where many prizes were awarded. The pancake feed was especially successful and raised 125 dollars. While writing about his time as president Watt said, “we laughed a lot, did not accomplish a great deal of earth-shaking things, but learned what noontime fellowship was all about.” 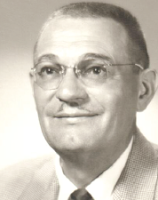 In addition to his Rotary presidency, Ted Reschke worked at Reschke Shoe Store. During his time as president of Newberg Rotary, the club sponsored a safety auto inspection project and a bicycle safety rodeo contest. Some Rotarians participated in the Vacaville Fly-In. The Rotary Club in Vacaville, California sponsored this event which was an opportunity for Rotarians from all over the country to meet up in Reno, Nevada. Many Newberg Rotarians enjoyed this event for years to come.
Other travels brought the club to Canada for the 7th consecutive year. The trip emphasized international understanding and friendship. Another trip was made to the Rotary International Convention which was held in Hawaii. Upon their return, members who made this journey shared slides and movies of their experiences with the club in Newberg.
The club’s major accomplishment for the year was the donation of another dental unit to Cameroon. An annual fruitcake sale was held and the proceeds from this event helped pay for the dental unit.