Bob’s first job was with a casket company where he was fired for oversleeping in a casket. He then worked with Union Pacific Railroad, at shipyards on Swan Island and had an importing-exporting business with his father. By the time Bob joined Rotary he was working with Northwest Natural Gas.

Homer Hester worked as a dentist and was an active member in the Newberg Monthly Meeting. He devoted much of his time to the church and served on the Board of Trustees at George Fox College. Singing was one of his hobbies which probably came as a welcome contribution to the weekly singing at Rotary meetings. He was devoted to his community and even known as “Mr. Newberg” for his service as Mayor of the City. He was also involved with the planning of the Newberg Community Hospital.
During his time as president the club was able to hear from the Oregon State Governor, Paul Patterson when he spoke at the joint Thanksgiving meeting for Rotary and the Kiwanis club.

One act of service to the community was the donation of Thanksgiving meals. A group of Rotarians got together on Thanksgiving morning and distributed dinner rolls, pastry cakes, and pumpkin pies to needy families in the area.

Sam Scott worked at Scott’s Cleaners. While he was president of Newberg Rotary the club sponsored a concert by the Forest Grove Gleemen. This was a men’s civic group who usually performed concerts where the proceeds went to the group who sponsored them or to a local charity. The proceeds from this performance at Newberg High School were given to the local Hospital Fund. Another group, known as The Rhythmaires, performed at intermission. They were also a group from Forest Grove and had performed on TV and the radio (Crescent, March 4, 1955).

From November 24, 1954 to January 24, 1955 the Newberg Club and the McMinnville Club competed to see which could have better attendance. The Newberg Club really gave this competition everything it had and broke many attendance records. The Newberg Rotarians were able to maintain 100 percent attendance throughout the duration of the contest.

Shortly after opening a real estate office, Earl Sandager became a member of Newberg Rotary. In 1955 the club met in the City Hall building and was thoroughly involved with community service. One act of service was the sponsorship of a Boy Scout Troop. Earl was devoted to his community and served as a volunteer fireman, with the Newberg Chamber of Commerce, and his church in addition to being a Rotarian. Throughout his time in the club, Earl was the first chairman of the annual auction. 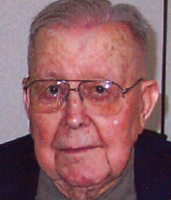 During his time in Newberg, Dick Rentfro owned a Coast to Coast store until he moved to Salem during World War II. When he returned to Newberg, he was a member of City Council, manager of the Springbrook Packing Company, and a Rotarian. When he became president of the Newberg club, the group sponsored an American Field Service Exchange Student. He also had many years of perfect attendance.

Worked as a realtor, with mutual funds, and at the mill.