Dr. Stan Kern was our super-cheerful GREETER today, encouraging others to do the same!

Corey Z. stood in for Prez. Om today and opened the meeting…with an early announcement of the next Rotary year’s slogan..“Rotary Connects the World!” [for July, 2019 – June, 2020]…and a few words regarding his attending the recent Rotary Zone Meeting in S. California.

Shannon Buckmaster led us in the PLEDGE.

Our one guest was Lisa Salmon….soon to be an official Newberg Noon “Friend of Rotary”.

Mike Caruso read the Rotary Moment taken from a NYT author’s work “Best Year in Human History”, providing statistics and comments also touched on recently by Prez. Om about such “good things happening” globally as the HUGE reduction in poverty, major increased access to potable water, dramatic expansion of Internet [and therefore information] access, being able to routinely use electricity for the first time, major decreases in the rates of childhood diseases & death, significant increases in expected lifespans, etc. And Rotary has been “in the thick of things” to help make all this happen!

AUCTION ACTION: MARCH 23 at the Cultural Center. Go to the club’s website for all the details, but EVERYONE is expected to help in one way or another! This is the club’s primary fundraiser! Questions? Check with Leah, Denise or Linda. Each table was provided with at least two different auction information sheets. One discussed how to deal with Procurement of items for the Silent and Oral Auctions….and the other lists the local, regional, and international projects & activities the auction proceeds make possible. Follow this “top-hatter” on the website to link to AUCTION INFORMATION:

January 30 meeting at the Cultural Center will focus on the AUCTION…be there…and be prepared for ACTION!

It seemed that Becky could barely hold up the Duck with both hands after all the generous contributions made by so many Rotarians this week! WAY TO GO!

Today’s Program: Jere Witherspoon, George Fox University [GFU], Executive Assistant to the Vice President of Student Life/Coordinator – Bruin Community Pantry. Jere addressed the concerns of “Food Insecurity of Students”…a subject too often overlooked per our students’ educational experience[s]….and what GFU is doing about it. Written/detailed “take home” information was provided to each table, but she then thoroughly covered the subjects of the Food Bank, Hospitality, Leftovers, and Outreach & Education, and how Nutrition Matters…especially for students!

Thanks, Jere, for an enlightening coverage of an oft-overlooked topic…and what GFU is doing about it! Anyone individuals wanting/able to help her with this program should contact her at GFU.

Corey then closed the meeting with a ringing of the Club’s Rotary bell….

And a REMINDER…..life’s easier when we live by The Four-Way Test of Rotary…

#3 – Will it build GOOD WILL and BETTER FRIENDSHIPS?

#4 – Is it Beneficial to all concerned?

[If you didn’t get that one….the editor will be happy to draw you a picture! 🙂 ]

Our meeting was held at Friendsview, and, appropriately, Todd Engels was our Greeter.

President Om opened the meeting with her usual INSPIRATIONAL ENTHUSIASM!

Leah Griffith lead us in the Pledge…

Several announcements were made….including the “Next Gathering” of the Community Wellness Collective on January 27th, 3 – 7 PM at NHS Auditorium [RSVP connect@communitywellnesscollective.org].

AND…..the AUCTION ACTION TEAM …mostly Leah speaking, with back-up from Denise, et al….gave us several ways to increase the number of auction items including the small reminder sheets at each place setting as well as handing out Auction Receipts to be given to folks who contribute, and/or donate items/activities to our PRIMARY FUNDRAISER at the Cultural Center on March 23!!

Next week’s program [January 23] is back at the Cultural Center….featuring: 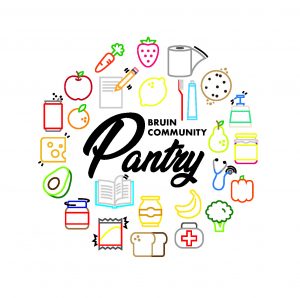 Be there to find out more about the Bruin Community Pantry from Jere Witherspoon!

Membership Committee meeting at 11:00 AM on the 23rd….at the Cultural Center.

Spike skillfully got “stuffing” into the Duck from several Rotarians.

Patrick spoke, with slides to back him up, on the Emergency Response Team efforts/project[s] going on in Nepal. This is an update on one of Newberg Noon Rotary’s International Projects. Although the need has always been there, the recent devastating earthquakes [2105] has prompted new efforts to provide more effective, local, emergency response to whatever …and wherever…the need is. Given Nepal’s culture, geology, governmental structure, weather, and mostly extreme & isolated mountainous geography, the challenges have been/continue to be significant! Patrick narrated a slide show covering several topics. Lots of statistics supported the efforts of Nepal Medics’ in a multi-pronged approach to the issues, some of which are: Ambulance services; teaching locals emergency rescue techniques; emergency medical services; training basics of EMT to community volunteers; instructing clinic workers in handling emergencies; “trained” must become “trainers”; empowering local people; developing an Emergency Dispatch system; using in-country staff; teaching locals the emergency contact numbers [like our 911 system] ; triage regarding deciding on most appropriate transportation methods for each situation; AND….very important…the trained team member’s equipment, including emergency team vests, lets the community know of that person’s skills & training and imparts a sense of individual pride and a sign of HONOR which encourages others to follow suit; SUSTAINABILITY GOAL is for non-Nepalese to be OUT within five [5] years. Kudos to Patrick for a MASTERFUL job of covering complex issues and project[s]!

Ever-inspirational President Om closed with a reminder to live by the Four Way Test of Rotary:

#3 – Will it build GOOD WILL and BETTER FRIENDSHIPS?

#4 – Will it be BENEFICIAL to all concerned? 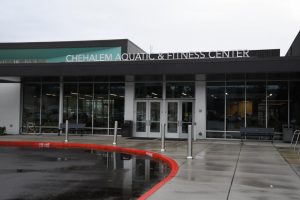 President Om was excited to share some GOOD NEWS from 2018 as it relates to the world in general with the able assistance and efforts of Rotary!

Melissa Hoffman, Spouse of Spike Sumner
Mike Donahue, Auction Emcee, retired television broadcaster, Guest of Bob Ficker
Jeff Boileau, Spouse of Om Sukheenai
Bayo Ware, Community Visioning Coordinator, City of Newberg, Guest of Om Sukheenai
As today’s “program”, Jim McMaster was in charge of our visit to the new Aquatic and Fitness Center, but before he could start into that role, Auggie had a special presentation for him….

…with a “Service Above Self” recognition gift from the club.
Then Jim gave us some of the history of how the center came to be…and in turn introduced the Primary Contractor’s spokesman-for-the-day, Project Supervisor, David Rappreyea, who told us more about the company and their commitment to this community project.

Between the two of them, we learned that though the Aquatic Center is now up-and-running with lots of participation, the Fitness Center is still in final stages of construction. We were split up into two groups for the brief tour of the Fitness Center with particular attention given to the elevated “jogging track”….where 15 times [laps] around it equates to one [1] mile of distance. Of special note was the attractive, multi-colored, wall mural….check it out in these photos…along with comments as to the extra strength built into the whole system for major seismic stability. Jim and his crews have done a fantastic job with this amazing facility….which will see constant use for many years to come! Everyone was having a GREAT time checking out all the details in the new Fitness Center! Especially our “resident” photographer…..Auggie! 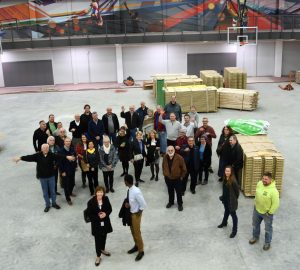 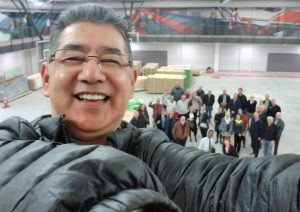 As they say, a good time was had by all!
A couple of reminders…..
Next week’s meeting [January 16] will be at Friendsview…NOT the Cultural Center! The program will be Patrick giving us an update on the humanitarian emergency 911 project in Nepal.
AND….. DO YOUR PART for our primary fundraiser….The Auction! If you haven’t yet signed up for something…do so NOW!
With so much going on, I’m not sure who closed out the meeting, but I remember Jim saying that we were standing on the site of the former swimming pool where the primary group photo was taken….
SO…..let the Four Way Test of Rotary help guide your life…it works!
Is it the TRUTH?
Is it FAIR to all concerned?
Will it build GOOD WILL and BETTER FRIENDSHIPS?
Is it BENEFICIAL to all concerned?
Respectfully submitted,
Rick Kaufman
Newsletter Editor

The Rotary Clubs of Newberg will be sponsoring the PEACE VILLAGE CAMP in June of 2019. We are seeking individuals to fill the roles of Director and Administrative Assistant who will have tasks leading up to the camp (1 week duration) as well as needing to be present during the camp. Stipends for each position are on the descriptions.